The best job in the world. Care and Choice #6

To zoom or not to zoom that is the question?

Very nearly eighty years old and a friend starts to consider her options. Two grown up sons both married with children and they live about a five hours drive away.

She is currently content and living alone in a small town but with a large circle of friends.

Her support system gathered over the last thirty years.

She only needs help with emails and deciphering the ones that really need attention and spam, which I think is an apt name for one of the most disgusting allegedly edible processed products known to man. 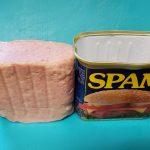 Wisely, she asks her daughter in law for advice, particularly about the way of life in their town. Both her sons are working and will be for the next ten or fifteen years and grandchildren are always ‘busy’, unless the French breed a different species?

I think her best bet will be to go and stay there for at least a month and preferably in her least favourite month. Serious testing is required.

Spending three days over Christmas with your daughter in law tells you nothing.

So, what options does she have? In the UK the obvious answer would be live-in care ( as and when)

But this soon to be octogenarian lives in a studio ( bedroom/ living room) and has a precise daily routine.

Or maybe find a friend to share with but for how long? I don’t have enough experience to say if nursing homes in France are any better or worse than the UK but after only visiting one in France a while ago with a view to getting a job there, a friend I was with turned to me as we headed back to the carpark…and almost in unison we said, “Argh…gilded cage!”

We both felt that although it was a pristine, newly built, verging on a 5 star hotel, we wanted to throw open the french windows and say RUN!

Needless to say I didn’t get offered the job or I would probably be living in France now.

According to recent research over the last twelve months, some people over sixty have found that zooming with loved ones has made them feel even more lonely and depressed.

One ninety year old told me. I know what they look like (her family) I just want to hear from them. Seeing them and not being able to touch them somehow makes it worse.

I know when another client (in her 90s)  was offered an ipad she was more concerned about her ability to use the technology than excited about seeing her grandchildren.

And that’s the key I think. It’s too easy to project our experience of the world onto others.

Every generation has its own unique frame of reference.

A twenty year old will see their ipad/phone almost as an appendage. Something Dan Brown explores in his book Origin (2017) 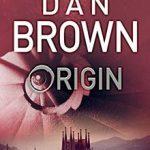 And so to the goody bag. A badge of France. 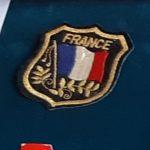 If I recall correctly I wore this on my white jacket at the Swiss F1 grand prix near Dijon in 1982.

I was there with my husband, my parents and some friends who were avid racing enthusiasts.

All of them naturally supported GB.

So, picture this. Moi in a blue beret, white t-shirt and jacket plus red shorts.

My dad and his friends were not amused. My husband was just confused.

I’m a French flag! I declared.

I wish I could find a photo. Maybe someone has one somewhere?

But I still have the hat with Rene Arnoux (below) biro-ed onto it. 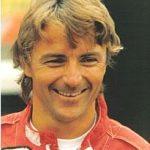 That’s in storage near Gatwick. You’ll just have to imagine.

So what can I tell you about la belle France that hasn’t been done to death?

Although, if I am ever on death row, that almond and chocolate croissant I had this morning would have to be on my final menu. Doesn’t everyone have a last /favourite meal planned? 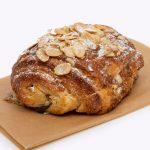 Maybe I should stop working with people in their twilight years and spend time with children instead?!

I am assured, like most countries, that there is definitely a difference between north and south when it comes to general behaviour. I did notice it when I moved from Angouleme in the Charente to Nice in the Alpes Maritime but not as much as France v England.

As I have been away for almost a year I noticed it more this time. Let me give you an example.

Every country has its rules. By and large the Brits will grumble but go along with them.

In France they tend to acknowledge them, shrug and ignore them.

I got on the bus the other day with a suitcase. The driver was a trainee. His more mature instructor delighted in telling him that the fare for me was 1.50 euros. The case however was to be charged at 10 Euros.

However, having lived in France on and off for over 17 years I knew exactly what to do.

I calmly handed over my 1.50 Euros and nonchalantly dragged my case to the back of the bus.

My shrug was silent but clearly I wasn’t bothered and that was that.

I am not going to predict what is coming up in September because it feels like a lifetime away but do please comment and make suggestions if there is a topic you would like me to explore.