The best job in the world. #9 Care and Choice.

The right mental attitude and how your life can change in an instant.

What could Sir Ian Mckellen, the Queen and Adrian Paul (Highlander) possibly have in common?

Perception, age and motivation, that’s what.

Firstly, the Queen declines, Oldie of the Year Award, saying she feels she doesn’t qualify. 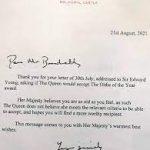 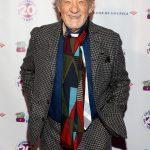 Currently, Sir Ian is appearing in the Cherry Orchard playing an old man. ‘The kind of part you play at the end of your career. ‘ He only half jokes.

He continues.  When I come off stage I am full of aches and pains.

However, when I was playing Hamlet and the character was a young man I was running up and downstairs…!

So, my advice is keep active, keep moving. Do not sit in your armchair for too long.

Fairly obvious advice but there is definitely something in how we behave and our energy levels according to the person we are projecting.

Are we becoming our clients? Do we have limited expectations? Why talk about the future when it is just more of the same?

Thirdly, as a huge fan of Adrian Paul back in the 1980’s aka Highlander, whenever in Paris, I would casually walk past houseboats on the Seine trying to work out which one would have the exact view of Notre Dame. You will need to watch the tv series (not the film) to see what I mean. 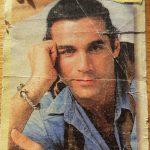 Then I  soon realised the chances of bumping into my idol were slim to none so I kept his photo in a wallet next to my passport.  (A bit crumpled now but the smile remains)

My theory being that if I fall into the Seine the gendarmes will assume that ‘that photo’ must be my next of kin.

And hopefully Adrian Paul is summoned to my bedside before I take my last breath!

Only a slightly less dramatic note I have also used AP as a way of motivating myself.

Sometimes it works and sometimes I just glance in the mirror and smirk.

You’re an idiot, you know that, right?

Seriously though, have you ever thought…I really cannot be bothered to get out of bed today and then the thought pops into your head…What if (insert your idol here) was standing at the front door?

It’ s the old ‘mind over matter’ trick. It’s not foolproof (pun intended) but sometimes worth a try.

I also had an example last year of the opposite scenario.

I was caring for a particularly robust, no-nonsense, onwards and upwards kind of client.

She had her routine and everything went like clockwork.

Then Covid hit and almost all the routines were shaken up and suddenly gentle chaos ensued.

The client was not used to being told that her usual outings and visitors were on hold.

She understood up to a point but without actual evidence, other than the alarming numbers running along the bottom of the tv screen, which initially  reminded me of how the football results used to appear on a Saturday afternoon, she got increasingly irritated about the whole thing.

She would look at me and say: Don’t be ridiculous, the government can’t stop me seeing my son!

Put like that it was sometimes hard to justify.

Then she decided to take  on an uncharacteristic role.

She took to her bed…for days on end.

I tried all manner of temptations, gentle threats and phone calls from family and friends. Nope, not budging.

Finally she told me. I did this when war was announced. I listened to Churchill then took to my bed. She didn’t stay there for the whole 6 years, in fact she became very active…

She told me:  This lockdown is worse than the war because at least we could all still meet up!

We would go to the cinema, dance and there was singing in the streets. In short, support each other. We couldn’t always see the enemy but at least we didn’t need a microscope to find it!

There was camaraderie now we have division.

Maybe it’s because the stations are less crowded and trains predominantly half empty but I have witnessed, over the last six months a greater level of awareness amongst rail staff.

Have we turned a corner? Are people being more observant, kinder even?

On a GWR train from Somerset we stopped at a small rural station. An elderly passenger struggled to heave her case onto the platform. The female guard immediately stepped in to help. There were several wooden steps down from the platform to exit the station and the passenger was clearly perplexed so the guard carried her case down to the pavement below.

It was clearly a heavy case and it had been raining..Argh!  (I know, I know… once a carer, you can’t help but have health and safety uppermost in your mind) and I found myself holding my breath until the guard returned.

I felt like applauding but I did it silently and thought…would this have happened pre-pandemic?

Are people more attentive now or are trains just less crowded and so good deeds are more noticeable?

But going back to my original thoughts and how we portray ourselves to others; this scenario took place recently. 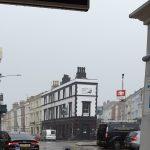 Another regional railway station and an elderly woman is hunched over two bags. The larger one is a case on four wheels. The smaller one sits on top. The combination of the two is clearly difficult to move easily. Plus, there is a slope up to the ticket barriers.

A young station employee approaches. Which train are you getting, she asks.

The older woman is puzzled but answers anyway. The young employee says she will meet her on the platform to lift her cases onto the train for her.

The passenger nods ok and thanks the young woman.

The train approaches and so does the young woman. There is also a wheelchair user and the ramps are duly put in place.

The station employee checks the elderly passenger’s onward destination. She radios ahead and explains that someone will meet the train to lift the cases onto the platform and take them to the connecting train.

In case you haven’t guessed that elderly passenger was me!

I wasn’t sure whether to laugh or cry so I just shrugged and went with gratitude.

Some of us are clearly well out of our comfort zones but we do still have a choice.

Crawl into bed until it’s all over or find new ways to motivate ourselves?

It would be good to hear your thoughts and stories about how your lives have changed recently?

The goody bag this month? 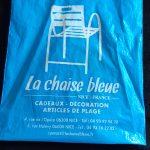 A shop on the left, the opera on the right as you approach Cour Saleya in Nice and the Monday market. The bag is Azur blue. The colour of a happy sky.

The bag hangs on my bedroom door knob and makes me smile.

Then I remember going to the Opera and having my coat pockets stuffed with tea bags.

And that makes me laugh out loud. Why? All will be revealed in December’s blog 😉

P.s. No moans this month.