Have any of your clients inspired you?

Have they helped you map out plans for your own dotage?

Ever looked at something and wondered about its significance?

In my experience the clients with large, supportive family and friends view their impending demise quite differently to those who remain alone and independent.  The ones with solid support often, once their wishes are known, simply carry on with life whereas the alone but not lonely, in many cases, clients make more definite plans.

One such client inspired me to make a loose plan.

Let’s face it after the last two years just having one Plan B is hardly sufficient!

This particular lady only did exactly what she wanted.

Ate her favourite food or a variation of, every day.

Watched tennis on tv and was rereading all her thirty seven Dick Francis books.

At 97 she reckoned they would see her out.

Never went out nor had visitors

She said, Nope , seen it all and not interested in anyone else’s gossip.

When asked if she had ever married

Happily, I managed to make a living outside of the bedroom.

The wry smile said it all.

I am sure she used this as a litmus test.

If you laughed you were in…

As many of you will know, books are my babies. Some are my creation but some favourites are now packed in boxes waiting to be reread in my dotage. 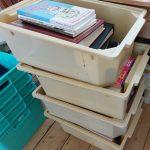 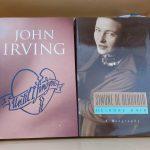 There will be more books added in the next few years I am sure but some are basically old friends.

I can totally relate to the client on the reading front but cannot imagine eating the same meal every day.

And I would have to go out occasionally but this depends where I am.

Have you ever been so focused on something and not sure why?

That niggle that you are looking at something important; life changing even?

Just over two years ago I was in an Airbnb in St Leonards, East Sussex.

A lovely apartment with a sea view. A good place; somewhere I would have happily stayed long term but finances did not permit.

The bed was comfortable and the owner had kindly put up a blackout blind as there was a street light… ARGH (bane of my sleeping life) outside the window.

However, one thing disturbed me. It was a painting and it was on the wall opposite the bed. Impossible not to look at it. I was tempted to throw a scarf over it but didn’t.

Halfway through my stay I got the call that dad had passed away. It was expected and honestly, a huge relief as his quality of life had deteriorated rapidly.

He always ended every call to me with, Keep Smiling!

Once he found it impossible to smile then it was time for him to leave.

That time had arrived.

Sad too, of course but I was still pondering the relevance of the painting that greeted me each morning.

The painting is Hokusai’s The Great Wave and is to do with remaining calm in troubled times.  It has Mount Fuji in the background. You may want to do your own research into this iconic piece of art but at the time all I saw was the potential to drown. n.b. apologies for the wonky photo but I guess it pretty much summed up my feelings that day.

Now, more than two years later the significance has hit me thanks to a series called The Good Place.

You could argue that four seasons was too long and a lot of it was OTT/plain silly/ predictable but the foibles of the human condition, the intent behind behaviour and the BIG questions about life are all explored and if you cut through the daftness there is really GOOD stuff to be gleaned.

I don’t want to provide any spoilers but examples of people who are innately, impossibly good and narcissists and everyone in between…they are all here.

And who knew Ted Danson has such an expressive face?!

…Well, he does but I can’t find a photo that isn’t copyright restricted…sorry.

And here’s my lightbulb moment thanks to the character Chidi in the series and not forgetting the writers of course, who put the words into his mouth.

“The wave was just a different way for the water to be, for a little while. You know it’s one conception of death for Buddhists: the wave returns to the ocean, where it came from and where it’s supposed to be.”

And finally the goody bag. 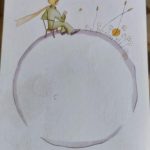 A card given to me by three French friends, wishing me luck in Blighty.

The main theme of The Little Prince is the importance of looking beneath the surface to find the real truth and meaning of a thing. It is the fox who teaches the Prince to see with one’s heart instead of just with one’s eyes. Unfortunately, most adults have difficulty doing this.

The Little Prince is philosophical tale, with humanist values, shared from one generation to another for more than 75 years. Creating bonds between generations, …

I love the way the whole theme of this blog literally presented itself this time.

Linking all the subjects into one as if by some external design?

Where there is a will there’s a way.

When art imitates life and a popular tv show gives the answer you have been looking for.

From the goody bag. Another postcard.

A Souvenir of Angouleme, France. My first love.