The best job in the world #12. Care and Choice.

No, not that kind although I am wearing an old engagement ring, it was never mine. 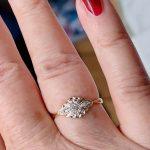 More of that later.

What do I mean about getting engaged?

More accurately I could say that the emphasis should be on engaging with people.

Over the last few months I’ve noticed how often people talk ‘at each other’, rarely making meaningful eye contact.

I saw it with a 9-month old and a 90 year-old but the process is the same.

A lot has been written and spoken about mindfulness and I think sometimes it can be interpreted as only looking inwards but I don’t think anything is more important than engaging with the mind of the person you wish to communicate with.

More recently this came to the fore and with a certain amount of success if that’s the right word when I spent time with a young man on a railway bridge who was contemplating suicide. 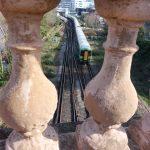 I tried my best to get him to make eye contact and engage with me.

Instead of trying to second guess what his motives might be I turned it around and asked him not to do this to me as it was triggering many of my own lingering traumas.

I also said please don’t do this to the train driver, they will never get over it!

At that moment he did give me a side glance.

Then the police arrived and shooed me away merely asking if I had a name which I hadn’t.

Please note, the above image was taken recently, some weeks after the event.

On reflection I’m not sure what more I could have done and that has to be the end of it.

No what ifs or buts because there’s no point, however, in everyday life and especially looking after babies and the other end of the life spectrum, it’s really important to make sure you’re making a connection.

Recently, how many people have commented about being disengaged by wearing a mask and some even said you can’t tell when people are smiling to which I feel like saying they’re not doing it right!

Anyone can pull their mouth into something between the Joker and a warm smile but if you don’t smile with your eyes it doesn’t come from the heart.

It’s interesting to observe as an example, a scene from your favourite film.

Maybe a scene that has a huge amount of emotion of some kind.

Try muting the sound and see if you still get the message?

Anthony Hopkins in The Father comes to mind.  Image thanks to New York Times. 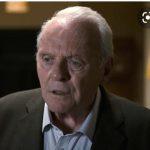 It’s not always the words or even the body language but if the eyes are the mirrors of the soul then all this makes sense.

As a live in carer there is the temptation when you meet a new client to say what you think they want to hear and finding some common ground is usually a good start but it is so easy to overwhelm someone receiving this well-meaning stranger into their home.

In the same way I communicated with this 9 month old with hardly any words but I locked eyes with him and ‘spoke’ with warmth, recognition and care. 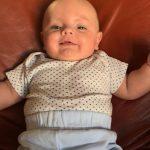 We connected and he was amused, entertained and above all, oblivious to anything else going on around him.

N.B. I do have permission to use his photo.

And it’s that kind of connectedness that promotes a feeling of security and safety that everybody needs at any age.

Re-reading this I want to add.  Some babies and adults alike may feel ‘invaded’ with this level of connection so as with all things, trust your instincts.

From the goody bag: 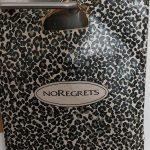 There is a certain irony to this image.

The bag is from a lingerie store in Sydney.

The sentiment is one I aspire to , every day but the memory holds a few, what ifs.

And that, folks, is all I can say on the matter.

Now to that engagement ring.

It belonged to an older friend of mine. Back in the 1980’s when I was running a business and teaching and somehow having a hectic social life,  Phyllis who used to be my neighbour, later became my right hand woman.

I was aware that she had been engaged to a man who went off to war and never came back.

She later married another man and it was their daughter who sent me this ring.

Without some more research I can’t be certain but I think the ring started out around King’s Lynn in Norfolk circa: 1900

She finally emigrated to New Zealand in her 80s to be with one of her sons.

After she died her daughter sent me Phyllis’s first engagement ring.

I was living in France at the time and I don’t think I have ever received such a surprising gift through the post.

If I find out more about its history I will let you know. Meanwhile, I am wearing the ring and it gives me pleasure everyday, but wouldn’t the purchaser be surprised!

Finally, in case some of you have missed me whingeing about things, I have a current one for you.

Fat Tuesday.  As it is known in south east England…Seriously?

Even the Aussies, who manage to shorten and/or abbreviate every word known to man, still call it Mardi Gras.

For me those two words conjure up, Nice carnival and the overwhelmingly positive energy of the parade in Sydney. 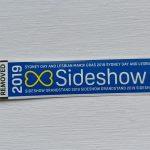 Image: My wrist band from the parade in 2019. Happy days.

To me, the word fat makes me think of that congealed stuff at the bottom of a chip pan.

Pancake day and Shrove Tuesday are all acceptable in my book but just, no to the other one.

3 stages to every assignment