Street theatre for a single observer In 800 words.

In Praise of Smoking

I can’t believe I’m saying this but just seen evidence that smoking is not only good for you it can build bridges too.

There is a tradition in France for complete strangers to ask for a cigarette.

Picture this: A middle eastern guy. Let’s call him Amir. He is wandering along the platform eyeing up who might have a cigarette.

He clearly doesn’t consider me; probably too old, too English or too something.

He does a kind of sideways dance towards a somehow posh but scruffy looking bloke sitting on the bench. Designer ripped jeans, you know the kind of thing. Let’s call him Sebastien.

Seb looks disgruntled. Bloody cheek; he may be thinking.

He yanks a soft but empty cigarette packet that normally holds 10 out of his pocket and shakes it at Amir who backs off hands up in the air as if he is relieved at not being shot.

Not deterred Amir wanders further along the platform. He even shouts to a guy across the tracks to no avail.

Meanwhile Sebastien is slamming something down on the bench seat so hard it makes me jump. I wonder about moving out of the line of fire.

I decide to get up casually and walk away.

I glance back to see Seb is working his way through a flip book of matches trying to light a cigarette!

One of those slim brown things; not seen those lately.

Amir has his back turned on Seb but he can sense what is happening.

Sebastien throws a depleted matchbook out onto the track behind him. He finally turns back to face the front;  seriously dejected.

A thin brown cigarette is dangling between his fingers.

Amir has been pacing up and down. He is really anxious and mirrored by Seb who ‘had it all’.

So now Seb has an unlit cigarette

I am amazed at how calm they both suddenly become and no nicotine has passed their lips yet!

That moment when enemies find a common cause.

I want to capture this moment of hearts and minds and make it more about that, than the need for nicotine.

In a nanosecond I get a flash of that Christmas Day morning during WW1 when opposing soldiers share chocolate. 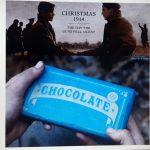 Melodramatic? possibly but no less significant in this day of eyes on screens, ears encased by headphones.  Heads everywhere but in the clouds. I like clouds.

The cigarette is lit and Amir begins his retreat.

Then Seb does the least expected thing and hands the cigarette to Amir.

He looks doubtful ; politely refusing…just once is ok, right?

What amazes me is how calm they both are when only moments earlier both were off-the-scale restless.

Amir pacing up and down the platform desperately seeking help and Seb hitting the bench with his fists in frustration.

If only I had captured this turning point on camera but my mind is filled with these images so nothing is lost.

And now these words allow me to share everything I witnessed.

Who needs technology when one simple act of human kindness can be captured by three hearts.

I watch with increasing fascination as Amir takes his first drag.

Sebastien isn’t chomping at the bit.

Ok, so now he gives it back?

Not at all. Amir starts to hand back that slim brown token of friendship but Seb shakes his head.

Both calm; even more surprising to me is that just a promise of satisfaction apparently is the key.

After a couple more puffs the cigarette is handed back to its owner.

A gentle smile passes between the two guys.

A thin brown stick; a peace offering that is diminishing with every puff.

The train arrives and we all get on the same carriage.

It is packed but luckily there are still enough gaps for me to see this.

No cigarette bonding inside the train.

One stop before mine, Juan les Pins, Amir alights but not before high five-ing his new mate and then… they hug!

What a turn around in the space of twenty five minutes.

If only the rest of the world could find such common ground preferably with something less addictive but how crucial in all this is the fact that they both calm down once the promise of relief is at hand.

So my point is this.

That feeling actually arrived sans chemicals and how do we harness that ?