Always be kind and Do not test on animals.

Read on to find out why these two statements are linked.

I am guessing, national carers week, was something that didn’t even exist when I started live in care work 26 years ago.

That advert in The Lady magazine and the introduction of computers into schools has a lot to answer for!

Most of it good and certainly as a writer…pure gold. 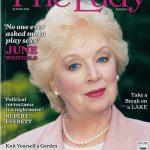 But this doesn’t warrant any less respect for those of us who earn our living this way.

To say that the care industry has changed over the last quarter of a century is an understatement.

The concept of a long forgotten cousin or maiden aunt going to the rescue of an elderly relative, in the guise of ‘bucking up the old dear’ and earn a few bob (not to mention a mention in the will) I would guess is now all but obsolete.

Although I have seen a few relatives appear from the woodwork when the aroma of imminent demise is still fresh.

Carers come in many forms. Hourly, daily and live-in.  This can cover anything from a few nights to a few months. But from experience I think live-in carers need that extra skill set that visiting carers don’t necessarily get to use.

Which brings me to another ‘day’ this week. 11th June was Empathy Day apparently… However did  we cope before twitter told us what day it is…?

Sorry to sound cynical but naming days seems to have the hallmark (see what I did there?!) of commercialism.

Which is a shame because carers and empathy are priceless any day.

So, empathy is required in bucket loads when you live in.

And for those who think this ‘way of life’ is just a job to put money in your pocket, please stop reading now.

The first twenty four hours as a live in carer in the UK will see everyone on their best behaviour.

My first tip? Get the cup of tea right.  If you don’t, the ‘too milky, too strong, too sweet’ scenario can go on for days and you (insert carer’s name) will probably only hear about this faux pas in an overheard conversation as your client bemoans to her friend over the phone.

Soon after arrival let the client know that not only do you need to know his or her delights but what annoys them too.

You may have all the empathy in the world but most of us are not, a) psychic and b) even us Brits, may not realise that many clients in their 80’s and 90’s often find it difficult to say what they really want/need. They equate it with ‘making a fuss.’

Try to be patient and imagine yourself in their shoes…all 80+ years of them.

The agency I started my career with when I was just turning forty has now been taken over by a conglomerate that ‘has no idea what it is doing.’ That’s only my opinion but many can attest to this sad demise of a once well respected agency.

When I say demise I mean in terms of the care and choice that is offered to clients and carers alike.

Once the new bosses of the old agency made it clear their profit margins were more important than matching the right client with the right carer, I voted with my feet and left. I was always self-employed and they had provided me with over twenty years of work but it would be like asking me to buy cosmetics from a company that test on animals. No can do. Hence another trip to France is required for more Yves Rocher products. Very limited availabilty online, sadly. 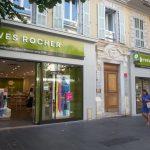 Care agencies to cosmetics but not really. For me it is all about company policy, their ethos, trustworthiness and taking a holistic view of care at every level.

Oh and that advert in The Lady magazine in 1993 began, South of France, All Expenses Paid…

There is a book somewhere in that adventure I thought. I wasn’t wrong.

And the introduction of computers in schools meant I had to find an alternative way of earning a living after three successful years as a commission only rep selling educational equipment to schools.

So why did I choose care for the elderly as opposed to working with children?

Simple. The elderly don’t move so fast and like an afternoon nap. Sorted. 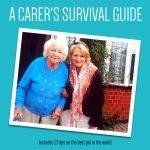 Publication date to be announced.