GMT and why Leeds is 6 minutes behind.

The Time Has Come.

For us baby boomers and older this may get you humming an Adam Faith tune from 1961.

I tried listening to it just now and no way. Way too many memories.

This weekend we have been ‘falling backwards’.

It’s how I remember which way the clocks go in the UK by recalling the USA version. Spring forwards, fall backwards.

October and autumn in general can be colourful.

A few years ago back in Tourrettes-sur-loup, France I saw such an array of automnal colours I felt duty bound to arrange, display and photograph them. 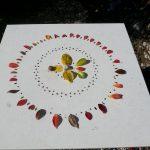 And then there is the gloomy stuff…

an alcoholic drink taken at sunset.

a person with dementia who becomes increasingly irritable or difficult as the day progresses.

Neither alive nor dead

But the long slow process in between.

One of my shorter poems and a worrying one if sundowner is a sign of dementia but I would add …Not to be confused with sunset.

I can happily accept the golden glowing descent of the sun at the end of a sun filled day.

But more greyness. Back to black is a whole other universe.

There are so many differences between the way of life in France and England but just look at time.

Meals times are sacrosanct as is the time you finish work.

Everything else including time you start work are let’s just say, more fluid.

Once you live in France you soon (or you would go crazy) start adopting the Gallic shrug when things don’t happen when they are supposed to.

There are many, many rules in France and even more ways to circumvent them. 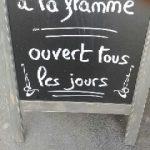 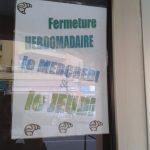 I rest my case.

Once you get used to taking ‘information’ with a grain of salt, life gets easier.

I once had an ongoing problem with Orange, formerly France Telecom over many weeks.

Finally when an engineer arrived at 11.45 a.m I knew he would hum and umph, raise his palms upwards, for around 10 minutes and then declare.

Time to stop for lunch.

Once inside my house I turned and locked the front door. I told him he wasn’t leaving until he fixed the problem.

He merely raised an eyebrow, put down his tools and said, What’s for lunch?

Time waits for no man or woman but in the end time is man-made.

Back in 1993 my watch strap broke. Admittedly I was in the very lovely south of France but working, not on holiday and I thought, why do I even need a watch?

Time will pass whether I keep an eye on it or not.

I still don’t wear a watch and admit I use my phone when I need to but I find my stomach generally has its own way of reminding me of mealtimes.

The other body clock that controls sleep is still being repaired.

26 years of live-in care\ adapting to a myriad of ‘normal’ sleep patterns every few weeks  is really not good for your health.

So when you do get an ‘extra’ hour every October I hope you savour it because dusk will be falling upon you sooner and just hope that you don’t get this client. Yep, a striking grandfather clock right outside my bedroom door! 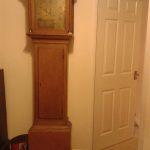 The elderly client was deaf enough to sleep through it but somehow missed the sound if I stopped it.

Yes, the west of the country is behind the east. You knew this, right? New York is 4 hours behind. We accept that as fact but it was in 1847 that time was first ‘regulated’ to allow trains to have a consistent timetable throughout the UK.

Thank goodness it works so well.

All in all I think this guy has the right idea. 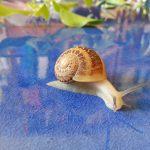