The best job in the world #16 Care and Choice

This month I thought I would round up a few old favourites.

No act of kindness no matter how small is ever wasted. Aesop. 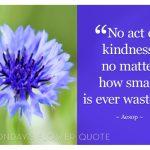 The eyes have it.

Recently I have been trying to take a step back from ‘doing my job’ and take more time to feel and sense what a client needs.

I know I have said it before but the Brits can be tricky to read.

By this I mean, saying one thing to be polite but actually desiring something different.

However when you have a client who is struggling to speak for example after a stroke, you have to try and connect on an intuitive level.

Even when speech is severely impaired the vast array of emotions that we all have at various times can give us a clue.

Many years ago I had a client who, after a stroke, used to say the opposite to what she meant. Do you take sugar in your tea? She replied that she did. Then she used to sip her tea but was clearly not enjoying it. It wasn’t until a visit from a close family member who commented that his aunt didn’t take sugar and never had that I fathomed what was happening.

Dementia of course is another example of how many people become bereft of their words that become trapped behind knowing eyes.

There are no guarantees but it is always worth trying some good old fashioned, simple tlc with clients who struggle to communicate.

And I think there is no better time to do this than at the beginning of each day.

It is something I have been doing for myself for some years and was recommended by an ophthalmologist at the eye hospital in Birmingham.

He told me. One of the best things you can do for your eyes is, each morning wring a flannel out in hot water and when it is comfortable, press firmly onto closed eyelids.

Top and bottom. Massaging up and down to stimulate the glands and keep the eyes lubricated and therefore healthy.

Obviously, I am not going to do this to a client but I do offer them a warm flannel to freshen their face before they get out of bed.  Some people love it and ask for it to be warmed up to do it again. Others merely wipe their face and wonder what it is all about.

Most people with or without words can convey some reaction to this and then you can continue or not in each case.

A simple act of kindness. Always worth a try.

A ‘message’ from the future.

When your client details sound like they could be from you in the future…!

I suppose this can be described as the opposite of deja vu.

I once read through a client’s details and felt I was glimpsing a world I may one day inhabit.

The details highlighted such things as…

And there are accents…

I love them. Most of them. Understand most of them? Probably.

However, I find a strong Scottish accent very hard to follow, especially on the phone.

But accents aside, play on words, colloquialisms and generational sensitive jokes can confuse the best of us.

Here are a few examples that our predominantly octogenarian clients might come out with.

Let me know which ones you have heard before and more importantly what they mean?!

From the goody bag.

When I first had the idea to make a display of my favourite, light weight, reminders of happy things I had no idea that I would reach the map of Australia in November. 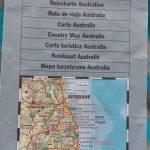 But here it is and here I am!

We can plan as much as we like but some things are just meant to be.

After a period of two years where the people in power told us what we couldn’t do (more than usual) I reckon I am not alone in thinking…quick, let’s revisit our bucket lists…literally!

Whilst I am in Australia I am going to be researching how the care system works.

I have a friend who works in aged care so I can glean some inside information.

I’ll be posting my findings in January 2023.

Meanwhile I hope you all stay happy and healthy.

Oh and be kind to yourselves too!