The best job in the world. Care and Choice. #15

In this month’s blog.

As a live in carer are you more Julianne Moore or Lady Gaga?

How to deal with triggers.

When art imitates life and provides some answers.

When it comes to live in care work I was thinking about how in some ways we are like actors who play a role for a period of time.

But are you more Julianne Moore or Lady Gaga?

I admire them both but after a little research have found their working and coping mechanisms to be quite different.

I think it is fair to say they both used Method acting, informally known as The Method. It is a range of training and rehearsal techniques, as formulated by a number of different theatre practitioners, that seeks to encourage sincere and expressive performances through identifying with, understanding, and experiencing a character’s inner motivation and emotions.

Lady Gaga took this one step further during filming The House of Gucci.

She worked on the character for 18 months and kept the accent for 9 months, staying in character between takes.

As much as I admire Lady Gaga; all she has been through, fought her way back to the top but somehow her portrayal of Patrizia Reggiani  in The House of Gucci….felt like she was trying too hard?

It’s hard to pinpoint but even when her mannerisms, her body language and vocal intonations were spot on, she was still Lady Gaga being someone else.

Maybe because Patrizia Regginai  was a character we already knew something about that made it harder to suspend disbelief?

She became her character but did she lose herself for a while to do that?

Still Alice was about dementia and the fact that love and normality are the key.

Julianne Moore did a lot of research to play the part of Alice.

“I was really bowled over by the generosity of everyone I spoke to, from the Alzheimer’s Association all the way down to the researchers, to the clinicians and the patients including people who’d just been diagnosed,” she explains.

After a screening of Still Alice in Leeds, the director Wash Westmorland held a Q&A for the audience. I explained my situation as a carer and asked how Julianne Moore dealt with such a demanding role?

He explained that the actor would  do fun/crazy/normal stuff in between her scenes.

The director said he was always amazed at how quickly she would get back into character.

And as Alice was entirely new to us and we accept Ms Moore’s portrayal as we have no other reference to go by.

Of course for many of us she is someone we can relate to or recognise from her family’s viewpoint and how they all cope differently.  An excellent film and huge credit to Lisa Genova for writing the original book.

Live in care work is very different from working in a nursing home or visiting clients, hourly.

You have to be self-sustaining…There are no directors, camera crew or fellow actors for immediate support.

Two hours  ‘off’ a day is simply taking a breath but the clock is ticking and it takes a special talent to really benefit from that short time.

Then you have to juggle well meaning (mostly) family and friends.

Do we go the whole immersion method. Stay in character as Lady Gaga did or balance it with real life as Julianne Moore did in Still Alice. 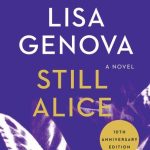 Like actors, we know our part, our lines and what is expected of us but we still have to deal with more than one director. The client will usually have a representative and sometimes their input seems to go directly against the client’s wishes.

This is where a really good agency comes into its own even if only as a sounding board but a very welcome one.

Here is some relevant advice from…The art of balancing a career and personal life.

“Separate your career and personal life.

Many people make the mistake of making their career their social life, but this is can cause problems in the long run. If you can keep the two worlds separate, do so. Set time aside to be with your friends and family, and leave your career separate.”

I am sure this is pretty obvious to most of us but not always easy to do.

Why the six o clock news made one lady cry…every day!

Sometimes diversion tactics work wonders and others times the emotions involved are simply so deeply etched that they have their own time clock and resurface whatever you do.

One lovely client in Yorkshire, many years ago, used to start crying, exactly on the dot of 6 p.m

Like many of our clients the BBC news at 6p.m is a way of life.

I thought maybe it would help if I distracted her and muted the opening music.

It only delayed her emotions coming to surface.

I tried suggesting we do something out of the living room at 6 p.m but no, that didn’t work because when we returned she was upset to have missed the start of the news.

This lady had dementia and her short term memory was sketchy but like so many, her longer term memory had stayed intact.

She would have flashes of lucidity amongst the fog and in the end we dealt with these as they happened rather than me trying to be clever (only trying to help) by manipulating the scenarios.

So each evening as the six o clock ritual approached I would get her favourite snack and sit alongside her. She loved to hold my hand.

As the television started to emit the familiar sound, she would start to cry.

Most evenings she worked it out for herself.

‘I am sad because my husband died?’ she would say.

I assured her that was indeed the case and her tears would gradually cease until she was ready to comment on ‘that awful tie, he is wearing tonight!’

Poor Huw Edwards, he never quite got it right but it was a welcome relief from …the sadness and we could discuss supper and all things positive.

When art imitates life and a popular tv show gives the answer you have been looking for.

Grief is never linear and how everyone deals with it is different. A subject that gets discussed so much more these days than when I was young in 1960s.

So I was surprised when a beloved tv character, non other than Harold Bishop gave this advice to someone grieving a recent loss and was worried that she would forget them. I know often people say they worry that they will forget what people look like but then we have photos to help us with that. 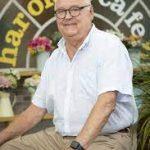 Harold’s advice was this. You can’t lose them. Try this. Close your eyes and think for a moment of their voice. Stay relaxed and their voice will come to you. Probably something they would often say. Something that makes you smile.

I am paraphrasing, without replaying that episode of Neighbours, but you get the idea.

So, thanks to the writers who gave Harold these words. I hope it helps anyone struggling with staying close to those they have lost without feeling too sad.

Photo thanks to digital spy.

From the goody bag. Another postcard.

A Souvenir of Angouleme, France. 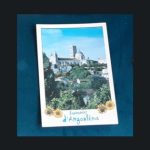 It was 2003 and I had just graduated with first class honours in Media Writing.  I packed up my few worldly goods in Southampton and literally set sail for France. I had no job or savings and I slept on a sun-lounger in an unfurnished apartment overlooking the cathedral.

But that’s another story.

I keep the postcard as a reminder of how far I have come and how my motto was, If you don’t ask, you don’t get.

p.s If you are wondering I am definitely Lady Gaga (overthinking 100%) but want to be more Julianne Moore…(and breathe!)

A message from the future.

What kind of client do you think you will be?

From the goody bag?