The best job in the world.

For me it used to really kick off in October but it seems to have come early this year.

Seasonal affective disorder is the term I am referring to and is a type of depression that affects people during the winter months. Less sunshine and warmth for a start.

I had eight weeks of both, the best dentist’s waiting room in the world?  Below left: Golfe Juan beach.

And I am trying to be grateful. It’s just a pity we can’t store up all that vitamin D and use it as and when. 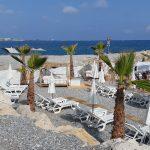 Also, this year you can add so many variables into this month it is hard to know where to start.

Personally, the challenges are bigger than ever but let’s wait until next month and see the positive outcomes.

caregiver, to satisfy the ever growing presence of USA-speak in the UK.

I say curious because we have to be, don’t we?

You arrive a complete stranger and curiosity introduces us to our client.

What is important to one person (e.g. loading the dishwasher) may be of no consequence to another.

That first 24 hours can be tricky. Unless you are in Yorkshire, clients will rarely tell you exactly what they need and want.

Neighbours, although they may have their own agenda, can be a vital source of information, helping things to go smoothly.

With one client, many years ago, I had a triple warning but still I stayed.

It was Christmas after all.  The picture was taken in Paris on the left bank  and nothing to do with happened next…

I got in the taxi and gave him the address. He guffawed and said: Wow, the agency can still find people to go there?!

No sooner than I arrived I was handed a prescription to be filled at the local chemist.

The client was ok to be left alone for short periods.

The chemist looked at the prescription then at me.

She handed me a card with their phone number and then she scribbled her home number on the back.

No sooner back in the house than a neighbour rushed in through the back door.

Red or white? She asked. 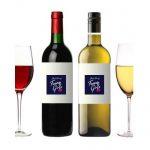 She was holding two bottles of wine!

And you know you can use our wifi. (Shows you how long ago this was!)

I could see she wanted to hug me but we are English so we shook hands.

Oh yes, just remembered…that was the village where the church clock chimed THROUGHOUT the night.

Did I take the lord’s name in vain during that period? Possibly!

Apart from neighbours and friends, long term cleaners and gardeners can also shed light onto your mystery client.

But sometimes, however well meaning, their friends can cause problems.

One client had had the same ‘home help’ for decades and she knew the client inside out.

Or to put it another way…New girl, you know nothing 😉

Generally you can let all this go over your head except where food is concerned.

I left three perfectly good kiwi fruit in a bowl whilst I popped upstairs. 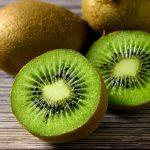 Three minutes later…whoosh, kiwis in the bin. I smiled at the ‘help’ as I fished the fruit out of the clean bin.

“Just as well we don’t throw out everything that is a bit wrinkled! “ I nodded a glance at the client.

The well meaning cleaner/old friend who you need on your side but sometimes you have to start as you mean to go on.

Plus, we have to account for food shopping expenditure!

I once had to throw out a lot of mouldy food from the fridge on arrival day.

Then explain to the client that I needed money to buy food. Not a great start.

And to the Goody bag. 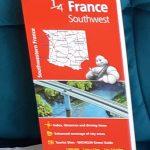 My favourite region. I chose to live near Nice from 2007 to 2018 because it had the best, most frequent and cheapest flights to the UK back before Brexit and I was living THE life.

Living in France and working in the UK.

I knew I was living my best life and every morning when I opened my shutters I smiled and said Merci.

But it wasn’t luck, it was determination.

Over the years I have driven all over France but still have this SW corner to explore, hence the map.

Needless to say, all that is on hold for now.

The one thing I think it is safe to say about France, variety is the spice of life.

It is such a varied country. If you ever get a chance please check out the wonderfully wide sandy beaches of Arcachon. 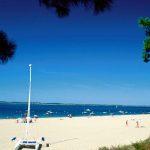 I have been twice and I still want to explore more.

Biarritz is still on my to be discovered list. As is, Uzes and Pezanas.

I know we all have google maps on our phones and GPS in cars but for me, nothing beats the sense of freedom that comes with an open map, folded appropriately on the passenger seat.

Somehow discovering new (to me) towns and villages has always been a thrill.

So for now the map remains pristine, folded in its cover….waiting patiently for adventures new.